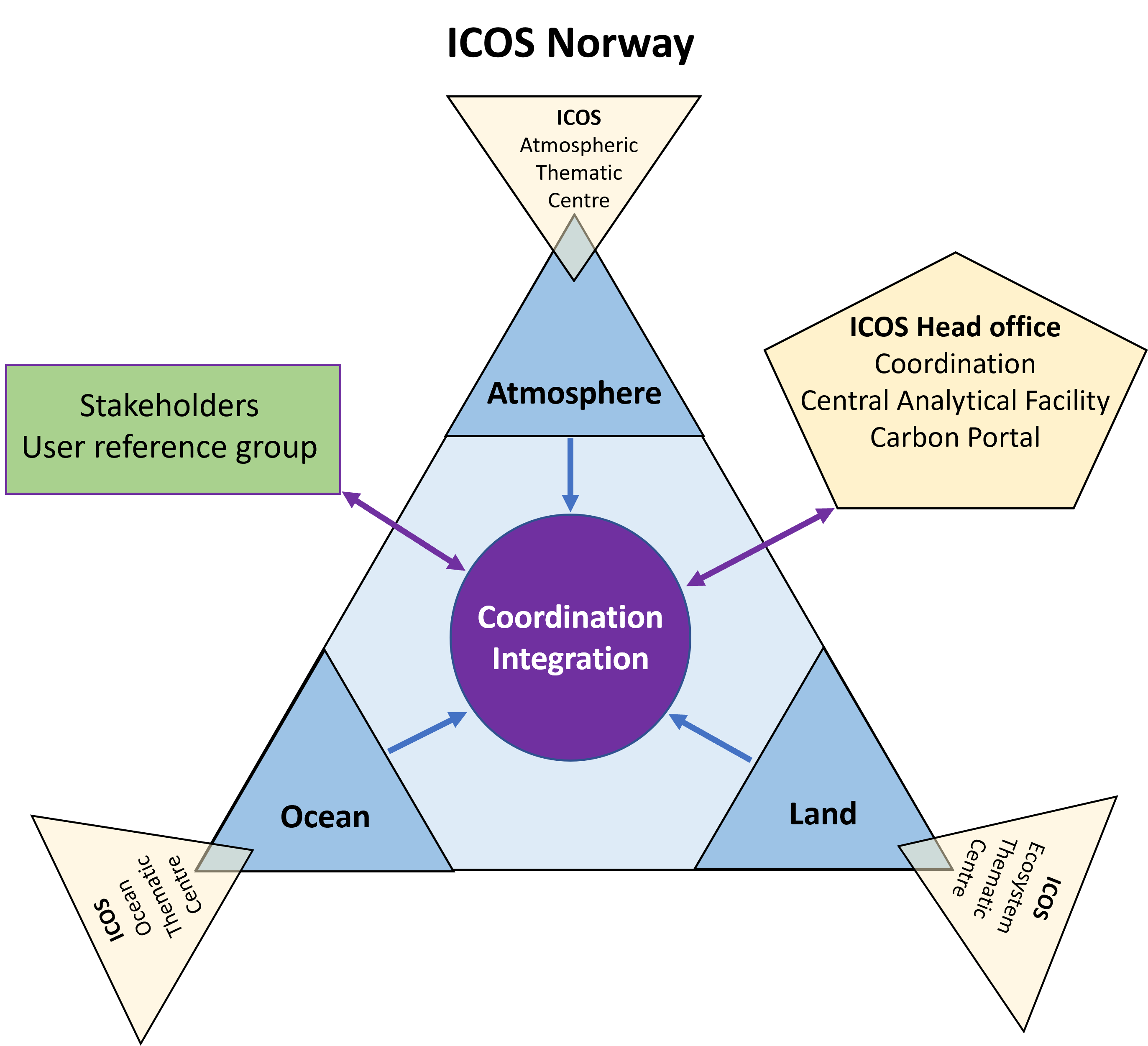 The ICOS Norway infrastructure and its interaction mechanisms.

The atmospheric component provides measurements of CO2, methane (CH4), carbon monoxide(CO) and nitrous oxide (NO2) in the atmosphere at Birkenes Observatory (Aust-Agder, southern Norway) and Zeppelin Observatory (outside  Ny-Ålesund, Svalbard) for understating of changes, variations in these components on long-term as well as shorter times scales. Both observatories have a comprehensive measurement program including numerous of atmospheric components for the detection of atmospheric change. In 2023, the new atmospheric station at Hurdal will join the network.

Norwegian Institute for Air Research (NILU) has carried out observations of atmospheric composition at these sites since the 1970s and 1980s and will coordinate the atmospheric measurements for ICOS Norway.

The ecosystem component measures the exchange of the uptake by the boreal forests in southern Norway using scientific instruments installed at the flux tower inHurdal.

The integration component aims to assemble all measurements into an inversion model to constrain the net CO2 and CH4 balance of Norway.

The coordination ensures the ICOS Norway to achieve its goals by guiding the implementation of the infrastructure project. The coordinator leads the ICOS Norway SSC (Scientific Steering Committee) and calls for the GA (General Assembly) and interact and liaise with funding body and all partners.

The National Focal Point is an individual recognised by the community to be the main communication point between the ICOS Norway station community and the ICOS ERIC.