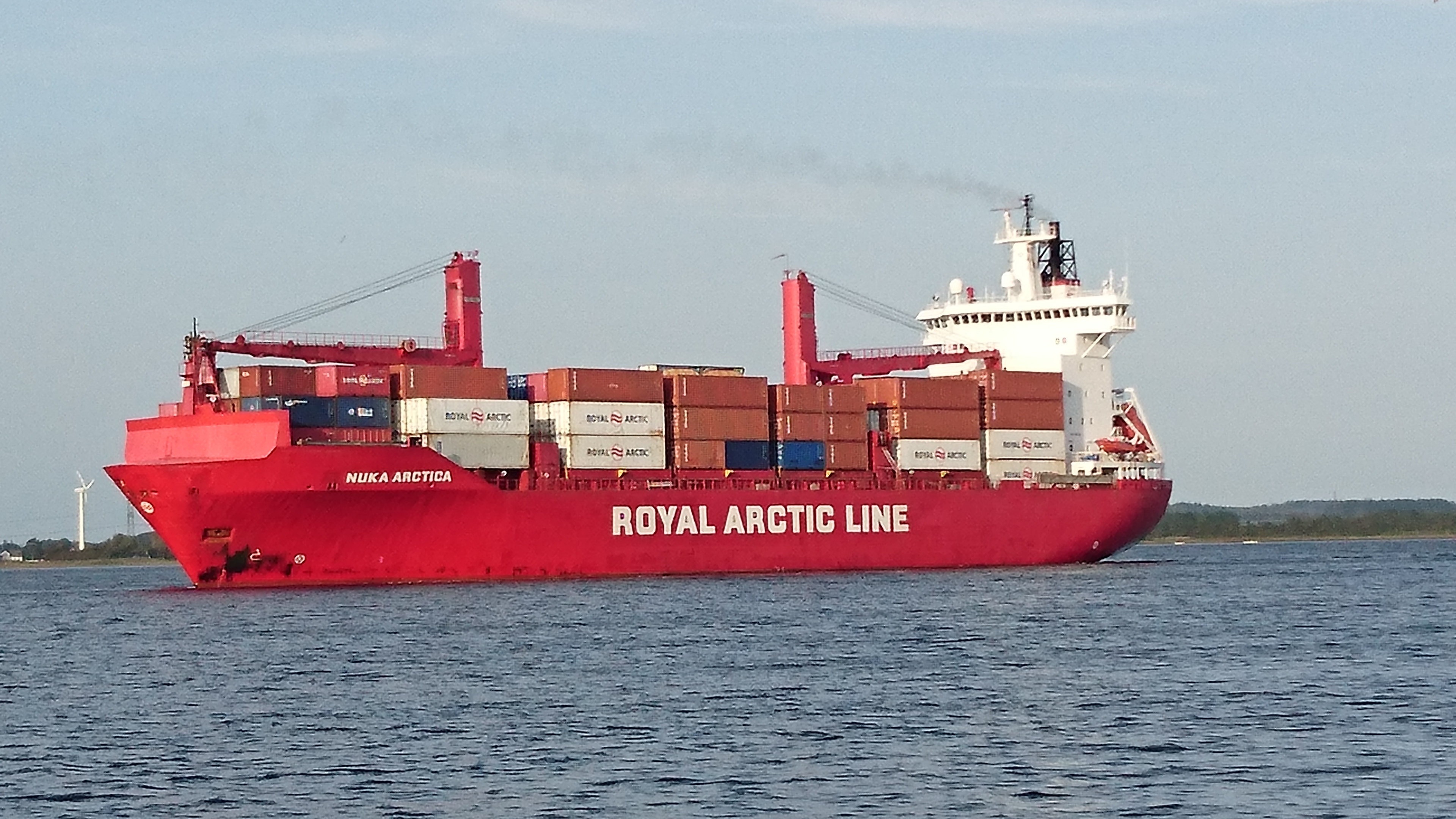 Nuka Arctica, owned by Royal Arctic Line A/S (RAL), is a 132.5 m long container carrier, which regularly sails between Aalborg, Denmark and several different ports in Greenland. On this way she crosses several different regions that are of special interest when it comes to understanding the impact of climate change on the oceans: the North Sea, the northern North Atlantic and the coast of Greenland. Since 2004, she is equipped with an automatic pCO2 measuring system, and sensors for sea surface temperature and sea surface salinity.

The North Sea, which is a large shelf area within Europe, acts as a net sink for atmospheric carbon dioxide. Changes in it’s nutrient distribution directly affects the abundance and growth of phytoplankton and, thus, in the longer view the fishing grounds.

The northern North Atlantic is a very important region for the ocean circulation. Here, the surface water sinks into the deeper ocean and forms deep water masses. There new-build water masses capture the carbon dioxide that was solved in the surface water and transport it into the deep ocean. This makes this specific area being a huge sink for CO2.

The water at the Greenlandic coast is directly affected by an increasing amount of melt water and a decreasing time period of sea ice cover. In which way these changes influence the surface ocean can be studied by such a long time series as the one obtained onboard Nuka Arctica.

The picture to the right shows all fCO2 data that has been measured on Nuka Arctica. In the upper panel the vessel tracks of all these transect are displayed. Most of the transects reach from Aalborg/Denmark to Aasiaat/Greenland. Occasionally, the vessel sailed all the way up to  Qaanaaq/Greenland.

The lower panel  shows the temporal revolution of the obtained fCO2 data, as  a function of longitude. Generally, we can find lower fCO2 during the summer than during the winter. During the spring bloom phytoplankton and algae are growing and, thus, removing CO2 from the surface ocean.