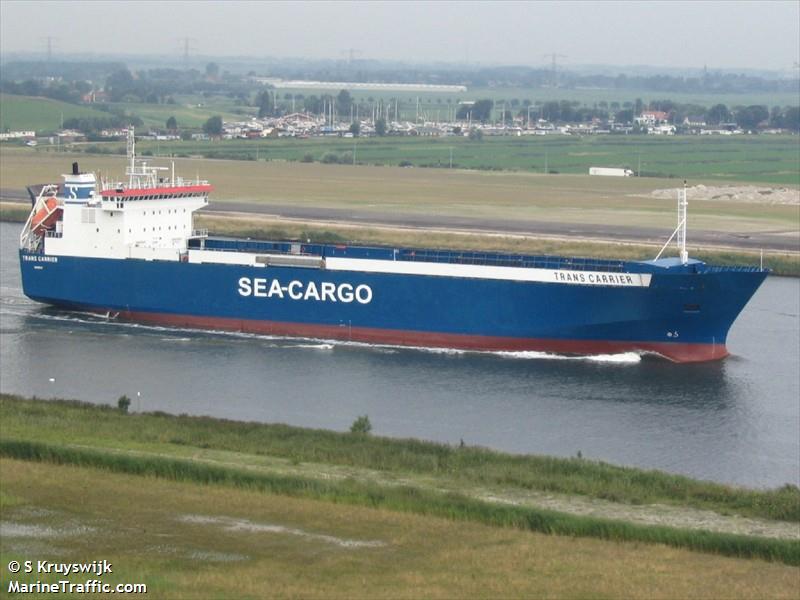 The cargo ship Trans Carrier is owned by Sea-Cargo AS, and is built in 1994. It is 145 m long and primarily sails between Sunndalsøra (approximately 190 km south of Trondheim) and Rotterdam in the Netherlands, crossing the North Sea and visiting several harbors in Norway, in Denmark, and in the Netherlands on its way. The ship is equipped with an automatic sea surfacemeasuring system incorporating sensors for the partial pressure of carbon dioxide (pCO2),  temperature and salinity. Along the sailing track the ship crosses several regions with distinct biogeochemical features. The fjords and inner parts of the coast are areas where the inorganic carbon cycle shows a high degree of variability as it is influenced by e.g. fresh water input from land, mixing of local water masses and biological activity. The North Sea is a sink area for atmospheric CO2 whereas the southern North Sea s permanently mixed and becomes a source for atmospheric CO2 during summer months.